Ethical Leadership is defined as “the demonstration of normatively appropriate conduct through personal actions and interpersonal relationships, and the promotion of such conduct to followers through two-way communication, reinforcement and decision-making”… [and] the evidence suggests that ethical leader behavior can have important positive effects on both individual and organizational effectiveness”

The study of ethical leadership has been keenly explored by scholar as well as general public due to unfolded scandals in corporate business. This blog will discuss about two principles of ethics, the importance of ethical leadership in Finance industry as well as discussion about 4V Ethical Leadership model. Furthermore, the blog will discuss two contrasting example from Deontological and Teleological point of view.

In discussing Ethical Leadership, there are two principal theories of ethics: Deontological and Teleological. Deontological focus on the inherent righteousness of a behavior, whereas Teleological focus on amount of good or harm resulted from consequences of behavior (Hunt and Vitell, 1986). As an example, Deontologist will always believe that giving a bribe is always wrong, whereas Teleologist will agree in giving a bribe as long as it produces a greater balance of good and evil (Vitel and Davis 1990).

This theory is important in understanding an individual’s decision and action regarding ethics. However, there is limitation in this theories since most individuals may not fall into only one category, and more likely to have a mixed deontological-teleological system of ethics (Hunt and Vitell, 1986).

There has been extensive amount of research and literature to determine the definition of Ethical Leadership. Fehr et al (2015) define Ethical Leadership as “the demonstration and promotion of behaviour that is positively moralised”

From various model available, I am personally intrigued by the 4-V Model of Ethical Leadership developed by Dr. Bill Grace, founder and executive director of Center of Ethical Leadership. The model, which becomes the vision and mission of the organization, is described as follow:

In this model, Dr. Bill Grace explained that Value and Vision becomes the most essential dimension in this model, since it gives the purpose and direction, whereas Voice creates the dynamic. A leader must be able to articulate their vision to be able to enliven them into action. Finally, Virtue is a combination of the other three dimensions, and a blend of principle, sensitivity to relationship and commitment of common good.

In my opinion, this model properly highlighted dimensions required in ethical leader. A good leader must have a strong Virtue as foundation, and ability to communicate value and vision in order to motivate and inspire followers.

Figure 1: The Moralisation of Leader’s Behaviour and Its Effect on Followers

In today’s business, the easiness to get information creates the opportunity for misuse and ethical abuse despite numerous guidelines and ethical conducts which has been developed from many years in accounting and finance industry. Knights and O’Leary (2005) suggested that it is plausible that a failure of ethical leadership creates an account for corporate scandal. Therefore, the importance of ethical leaders in corporate resources and practice become very crucial.

One of very good example of ethic leader, which follow deontological principal in financial industry is Michael Hershman, the president and CEO of leading risk management company in USA: the Fairfax Group. He is acknowledged for his transparency, integrity and honor in leading his firm, which has been passed on as code of conduct guiding staff and workers in the company. He Co-Founded transparency international non-profit organization, and in 2012 was Appointed governance committee for the FIFA corruption scandal. Fairfax demonstrates the importance of trust and reputation in leading a successful organization. 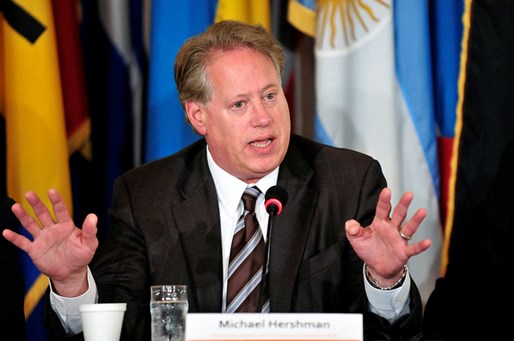 On the other hand, Enron’s Cases has become the representation of the failure of ethical leadership even years after it has been unfolded. Cruver (2002) stated that the unethical behaviors of Enron’s leader are the product of individual and situational factors, which is mostly fueled by greed. Their CEO, Jeff Skilling and Ken Lay, display their Teleological approach by abusing their power and privilege, acted irresponsibly by manipulating the balance sheet to hide their debt and prop up its share prices. Furthermore, the company established “rank and yank” system which driven the employees to intense competition resulted with negligence toward company’s code of conduct (Johnson, 2003). This case perfectly represents how unethical leaders could lead to the unavoidable company failures and even, bankruptcy.

Based on discussion above, ethical leaders become very important in determining the direction and sustainability of a company. An ethical leader will incorporate own values and vision into the company, and lead the company to success.

My previous experience in working as an auditor in big-four accounting firm make me realize how important it is to understand and implement ethics in everyday working life. Therefore, it is essential for the management to keep on giving examples, communicating and encouraging their ethical values toward the employees. It is also important to create conducive working environment for the employees to empower employees’ ethical behavior.

Cruver, B. (2002) Anatomy of greed: The unshredded truth from an Enron

12 thoughts on “Blog 1: Leadership and Ethics”